SSD (Solid State Driver) Hardware Test is one of the more fun aspects of hardware lifecycles.  Testing and validation methodologies will vary on a company-by-company basis, but the core principles are the same, Valuegist SSD Test before it release is much more that it:

– Methodology: Test Engineers and Product Managers (the titles are variable) develop use case scenarios — defining the likely utilizations of the device, then rank them by how likely they are to occur in the field. More common uses (like everyday uses) will be tested most heavily, while obscure ones will often be explored only if a customer requires the feature/use case.

– Procedure: After use-case scenarios are developed, test cases get written (often by non-testing engineers, so as to eliminate bias from testers and developers) to reflect these use cases. Test cases are laid-out in a step-by-step manner to guide the technician through what would (theoretically) occur in the field. Many companies have adopted automated testing, the complexity of which will vary based upon the task that must be accomplished: Where I worked, XML scripts were used to initiate tens of thousands of S3/S4 power cycles, then log the results to files. Both LSI’s Flash Components Division and Kingston mentioned that they heavily utilize automated testing, for instance: LSI conducts nightly automated testing to test interim code revisions; the results are shared with the developers each following morning, who then begin work on resolutions. However, some elements require technicians to manually initialize or observe; when testing laptops, for instance, it was impossible for my team to automatically log LCD failures — we needed human eyes for that.

– Quality Control: Reliability engineering is also a factor when testing products, and is often more applicable on the manufacturer’s end than on the controller supplier’s side.   Shock & Vibe testing, age simulation, six-axis, and thermal/cold cycles are also used to abuse SSDs, hopefully provoking failures early so the team can address them before launch. 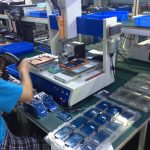 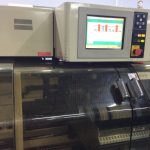 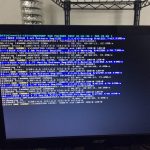